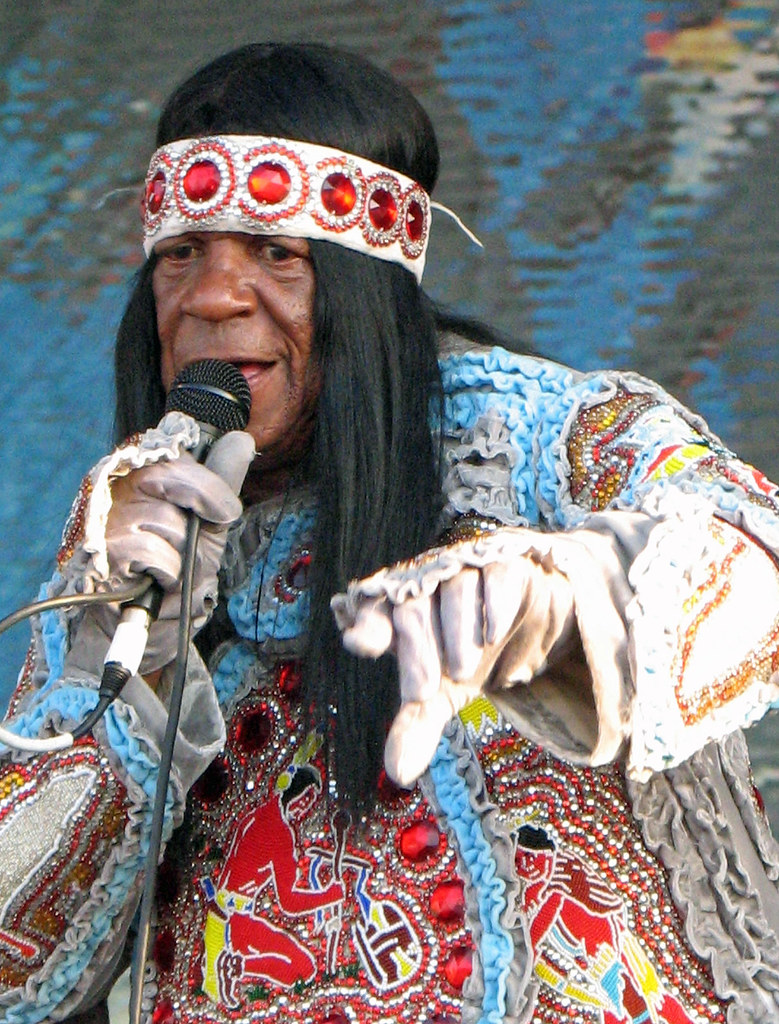 Monk Boudreaux (born Joseph Pierre Boudreaux; 1941 in New Orleans, Louisiana, United States) is the Big Chief of the Golden Eagles, a Mardi Gras Indian tribe. He is widely known for his long-time collaboration with Big Chief Bo Dollis in The Wild Magnolias.

In 1970, Boudreaux appeared with the Wild Magnolias at the very first New Orleans Jazz & Heritage Festival, and also in the same year, the group released the single “Handa Wanda” on Crescent City Records, the first studio recorded music by the Mardi Gras Indians. In 1974, he appeared with the Wild Magnolias on their debut album on Barclay/Polydor Records which featured Snooks Eaglin and Willie Tee in the supporting musicians. Boudreaux is exclusively featured on Golden Eagles’ album Lightning and Thunder, a live recording released in 1988 on Rounder Records.

Bloodstains & Teardrops by Big Chief Monk Boudreaux will be released May 21, 2021 on Tab Benoit’s Whiskey Bayou Records. Joseph “Monk” Boudreaux is the oldest living Mardi Gras Indian Chief, the elder of elders in a tradition dating back to the 1880s. As such, he sees himself as the guardian of a spiritual discipline that involves Gnostic customs and beliefs shared by members within the New Orleans Black community over the course of multiple generations. His new album connects the early music of the slaves in New Orleans Congo Square to the Caribbean as he demonstrates its similarities in lyrical, musical, and cultural content. On his journey from the island​ ​to​ ​the​ ​swamp ​he​ ​is​ ​joined​ b​y a plethora of musical legends including Tab Benoit, Michael Doucet, and Johnny Sansone as well ​as Jamaican​ ​and​ ​Louisiana​ ​musicians​.​ In the same way, it crossed the ocean in the late 1940s, it’s alive and happening all over again. This record is a dramatic example of how his method of singing as a Mardi Gras Big Chief can apply to other genres. For this project Monk traveled to Jamaica and back, finding his Reggae groove with the local musicians before returning to Louisiana to finish the record. He is a cultural hero, recipient of the National Endowment for the Arts National Heritage Award, and a well-loved American musical legend. His vast discography includes many records with the Golden Eagles, collaborations with Anders Osborne, Galactic, John Gros and 101 Runners. 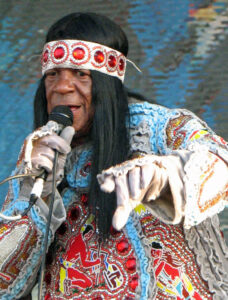